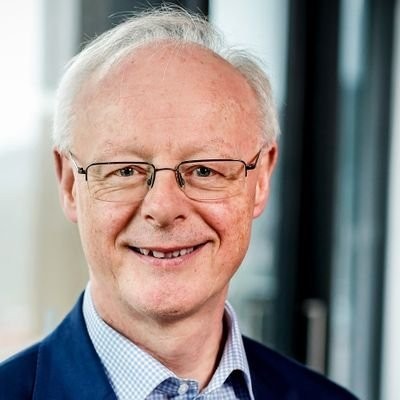 The world is in flux. As are many organisations when it comes to staff churn with rates of over 25% becoming more commonplace. These higher churn rates may also stimulate further churn as workloads rise to cover gaps and staff hear tales of happier times elsewhere from former colleagues still in their honeymoon periods.

The costs of churn go well beyond the immediate replacement costs, impacting productivity, customer satisfaction, momentum and ultimately performance. Yet learning from churning is also great opportunity and can be a catalyst for change.

Let’s be clear what we mean by churn? – The rate of staff turnover. It is typically calculated as the number of people who leave in a period divided by the average number of employees throughout that period.

Some might feel churn is an operational matter. Therefore, not something the board should be concerned with. I take a different view. If the purpose of the organisation is clear then the Board’s role is to ensure that it has the right strategy, resources and governance to fulfil that purpose. Higher or lower than optimum churn impacts a key resource for any organisation – its people.

High churn may also indicate that there is an issue with the culture and is likely to impact culture itself. So, it should be something of interest to the board in terms of oversight and support. They should know what the churn is and what’s driving it, as well as consider the impact and the consequences of churn in the decisions that they take.

The drivers of churn are both varied as well as specific to each organisation. It’s important for a board not to be a victim of “Average Thinking”. The overall average may be at an acceptable level, but a board also needs to know the variability, the trends and where the hotspots are. As well as what the executive are doing in managing it.

The following cocktail of statements convey a sense of some of the common drivers at the moment:

“The only way to get on here is to get out”, “I didn’t want to leave the company, but I was desperate to leave my boss”, “Both the job and the prospects to develop were massively oversold”, “It was far too transactional for me. They weren’t one bit interested in my potential.” “I loved the job but hated the culture”, “Their processes made it impossible for me to meet my objectives.” “The pandemic made me think a lot about work life balance and how crazy my life was before”. “I really liked it but just couldn’t afford to work there anymore.” “There was a loyalty discount rather than premium” “There are loads of better jobs out there, I really kick myself for not looking before. “They keep banging on about how lucky we are to have a job with purpose but the most important purpose for me is to be able to pay my bills. “

Poor leadership and culture, low pay and conditions and lack of development are perennial drivers.

The Chartered Management Institute believes that there are still too many “Accidental Managers”. Those who have not had the benefit of quality management development. Moreover, although unsurprising in the current context, too many organisations have a “budget” rather than “return on investment” mindset when it comes to their people and don’t take account of the value created and costs saved in investing in such activity.

When it comes to the issue of pay and conditions, it’s important to remember that this will tend to apply across the organisation. Not just at the lower pay levels, who face proportionately the largest falls in their income due to cost escalation. As a number of professional service firms have learnt to their cost, sharply increasing the pay of more junior staff and destroying differentials can create higher churn in the high producer categories of staff.

The first insights aren’t so surprising with 70% of the 1500 HR and Finance decision makers and 2,500 other employees whose views were sought being concerned about the impact of cost of living increases. I thought it might be even higher than that. Aren’t the other 30% listening to the news?

Unsurprisingly for 65% of the sample, a pay rise was the most popular way to boost their job satisfaction. Yet this also indicates that it is not solely about the salary.

Many in the sample, some 45%, were concerned about another trend - employers encouraging them to work from home to save office utility bills. At the same time 47% of employees surveyed said that they will spend more time at the office if their employer didn’t adjust their expense policy to meet rising costs at home. There may be some nudging going on here to encourage staff back into the office.

The research also highlighted another issue – late reimbursements for expenses. Some 58% of the employees surveyed worried about delayed reimbursements impacting them. 46% also say that the process of reclaiming is so difficult and/or time consuming that they don’t bother to expense smaller amounts. 49% of them also worry that their managers might think badly of them if their claims are too high.

So, what can we learn from what’s happening? How can we adapt to healthier levels of talent refreshment and how can we avoid the downsides of churn?

The starting point is to recognise the importance of knowing what’s happening within the organisation and in the markets for your talent. It is also important to finely tune your “Churn Antennae”, to know where the major risks lie, to have robust “Flight Risk” analysis and to get behind the real reasons why people are leaving.

Engagement and pay surveys, Glassdoor and other social media analytics can provide some clues but highly effective leaders who know their staff well, understand what really motivates them and can interpret signals that are likely to be the most effective radar. Exit interviews can be as variable in accuracy as engagement surveys. Yet, done well they can provide a rich source intelligence.

With possibly 5 generations, defined by their behaviors as much as their ages, working in many organisations, it’s important that any retention strategies are flexible enough to be effective to these different groups. The growth of Horizon or Nextgen boards is one way some organisations are better connecting across the generations and convincing younger generations that they have a voice and can influence direction and culture.

An element of “Grow your own” in the people strategy, recruiting as much for potential as to fit the current need, combined with progressive induction and development processes will also help.

It would seem that some organisations have got a little confused as to where they are and where they want to be on what I call the " transactional to familial" spectrum. Sometimes transmitting nice warm familial pitches when recruiting but operating in a jarring transactional way once people have signed up. On other occasions they get disappointed when they discover that staff appear to have no loyalty to them when their recruitment communications and processes lack humanity and convey an obviously transactional culture and a precarious nature of employment. This is back to the Board and culture and being clear what sort of organisation you want to be and ensuring that’s what you are in practice.

Snatching at people is as risky for employers as snatching at jobs is for employees. Many recruitment processes seem soulless and designed to recruit for minimum cost rather than to hire the best people. The work ESSA-Education Sub Saharan Africa has been doing with artificial intelligence business Quilt.AI to understand What African students think of the transition from study to work  and the world of employment has been really illuminating to employers who can be shocked how well intentioned signals can be received so differently.

A degree of churn is inevitable and healthy but on top of all the other volatility that we face it can create tipping points. It is however, unlike many of the other variables, one that we can influence if we choose to learn from churn rather than just churn and churn.

Experienced Chair and author of the award-winning book “Boards”.

This article has been sponsored by SAP Concur – industry-leading technology that automates travel, expense and invoice spend processes. The fee will be donated to ESSA- Education Sub Saharan Africa a charity focussed on transforming educational outcomes through turning evidence into action.